Windows 10 LTSC ISO: a special Enterprise edition that includes no features and no background service that can be downloaded for free. However, is it the best Microsoft operating system edition and good for gaming? This post shares everything you need as well as the free download link for Windows 10 LTSC ISO officially.

In short: Windows 10 LTSC consider a good OS since it doesn’t contain bloatware and many services. However, it’s not good for personal use and protectivity as well as you may not notes any difference in gaming performance. Instead, you can download for free the regular Windows 10 ISO and optimize its performance

What Is Windows 10 LTSC Edition?

Windows 10 LTSC Edition is a long-term servicing channel operating system produced by Microsoft. It’s a release that Microsoft creates about every three years. Each release contains all the new capabilities and support that is included in Windows 10 feature updates. In addition, LTSC OS receives updates every 10 years, taking into account the release period.

Microsoft does not officially encourage the use of LTSC outside the “special purpose devices” that perform a static function and therefore do not require new features for the user experience.

According to the Microsoft announcement, this service option has been renamed from the Long-term Servicing Branch (LTSB) in 2016 to the Long Term Service Channel (LTSC) in 2018. To certify, Windows 10 LTSB replaced with Windows 10 LTSB.

For more information chick the video below (Some of the information in this video is somehow outdated but contains enough useful information that will help you to understand Windows LTSC).

As part of compatibility with Windows 10, a common term will make it as easy as possible to understand the maintenance process. From now on, these are the new items:

Advantages Of LTSC Over LTSB 2016:

Microsoft renamed the Long Term Service Branch (LTSB) to the Long Term Service Channel (LTSC). Windows 10 Enterprise IoT and LTSC follow essentially the same policy followed by Windows 10 IoT 2016 and LTSB. The main aspect remains that Microsoft is only providing its industrial customers with feature updates every two to three years. As before, it comes with a 10-year warranty to provide security updates. However, Windows IoT Enterprise LTSC features many changes and improvements to its predecessor. The most important new features are listed below:

Is Windows 10 LTSC Good For Gaming?

Typically Yes, since Windows 10 LTSC the most stable edition that doesn’t contain a store, cortana, edge, and most bundled applications, which could slow down PC. This means that updates won’t break things. Since there are no features that mean users going to have the exact same operating system that behaviors won’t change at all.

But also NO, you should know that it may not be compatible with some new devices such as processors and graphics cards because feature updates happen every long period of time, so you will need to update your Windows 10 LTSC ISO edition every once in a while as needed.

Additionally, you may not notice any difference in performance between both systems. To explain, watch the video below that comparing and testing Windows 10 LTSB and PRO in 8 games at 1080p.

You Can Download & Try Windows 10 LTSC ISO For Free

We are not recommended to use this edition unless you are experienced. However, you can try and download Windows 10 Enterprise / LTSC for free from Microsoft’s official website at the link below.

Conclusion: The Regular Windows 10 Is Better

Finally, many would consider Windows 10 LTSC ISO to be extremely good. Whereas, most users hate what Microsoft does on the regular Windows 10 in terms of stuffing it with many applications and services (bloatware), which after a period of time affects the efficiency of the operating system.

However, the LTSC version is not suitable for personal use due to its lack of many things and it may also be incompatible with new devices such as graphics cards and processors. In addition, you will not notice a notable difference in performance in games and the like.

Therefore, the regular version of the Microsoft operating system is better. Besides, you can optimize its performance by using utility software such as Advanced SystemCare. Furthermore, check the link below for additional information about Windows 10 ISO download. 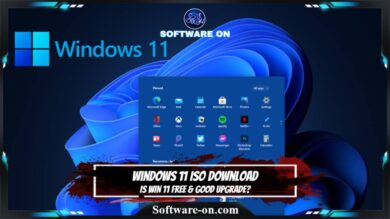 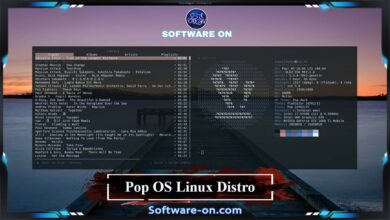 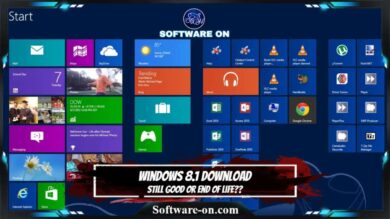